Food consumption has undergone profound changes over the past decade, forcing major sector players to rethink their strategies. In this context, with environmental change on the one hand and societal challenges on the other, how is the food industry adapting to new consumer habits and what will be the key trends in 2020?

Plant-based products are going to continue taking up more and more space on supermarket shelves and targeting a broader base of consumers. Rather than being aimed solely at vegans (5% of the population), as they used to be, such products are now targeted first and foremost at flexitarians: people looking to reduce (but not eliminate) their consumption of milk-, egg- and meat-based products for reasons of health or environmental impact. Highlighting the scale of this shift, La Vache qui rit (Bel group) is making the transition to plant-based proteins, with a hybrid offering consisting of animal and plan proteins set to hit shelves this year.

However, the thing that will once again whet appetites most in 2020 is plant-based alternatives to meat. After beef, US start-up Impossible Foods is now focusing on pork: the company unveiled its “Impossible Pork” product at the Consumer Electronics Show at the beginning of January.

In an indication of the degree of enthusiasm for these new products, makers of plant-based meat alternatives are struggling to meet demand in the United States and seeking to secure supplies so they can make their mark in this market, which, thanks to the arrival of giants Nestlé and Tyson Foods, has now become highly competitive.

Organic and local products will continue to find favour with consumers

An underlying trend for several years now, consumers’ taste for organic and local products and those made by small producers should persist, though the available growth pool is getting smaller.

In France, according to Agence Bio, more than nine out of every ten French people say they have eaten organic products, with almost three quarters saying they regularly eat organic. Meanwhile, the success of local associations linking consumers with small farms, and of cooperatives like La Ruche qui dit Oui, shows no signs of flagging.

If there’s one sector where local craftsmanship has been gathering momentum, it’s beer. The craft beer movement – long established in the United States – is growing steadily in France, where there are now more than 1,500 microbreweries and growth is in double digits. Determined not to miss out, late last year Heineken acquired a minority stake in Parisian brewery Gallia. 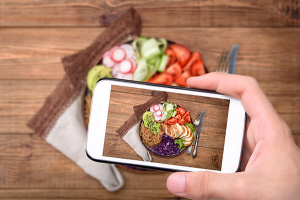 As consumers become increasingly aware of what they eat, behaviours are changing: eating is no longer simply about putting food in your stomach; it’s also about protecting your health and looking after yourself. According to a February 2019 Ipsos survey on perceptions of food, French people say that, over the past five years, they’ve placed greater importance on the quality of the food they buy (83%) and its impact on health (77%).

In this environment, the market for healthy products is faring well as volumes of consumer products sold in supermarkets and hypermarkets decline. “Free from” products (containing no nitrites, antibiotics, pesticides, etc.) are revitalising some product categories as consumers become increasingly well informed. These niche trends will become more mainstream, with the risk that shoppers may end up having to choose between cheaper standard products or more expensive healthier options.

Another trend that is set to grow is food personalised according to the consumer’s needs, consisting of functional products mainly bought for their nutritional characteristics, somewhere between food and a food supplement.

Transparency and traceability at the centre of concerns

As consumers become ever more aware of the health effects of what they eat, new tools are becoming available to help keep them better informed. Manufacturers are beginning to feel the effects, with more and more players taking steps to eliminate controversial ingredients or improve their products’ nutritional profiles. For example, supermarket chain Intermarché is to make changes to the recipes of 900 of its own-brand products to improve its Yuka scores, based on a list of 140 additives to be eliminated.

Traceability is also a key issue in helping reassure consumers alarmed by food scandals. In this vein, Carrefour is aiming to roll out the food blockchain to all 100 of its Quality Lines by 2022: by using their smartphone to scan the QR code shown on a label, consumers will be able to access information on a product’s origin, the place where livestock was reared and how the product was made.

It is unlikely, then, that 2020 will herald any major change in food behaviours. However, we can expect the trends observed over the past few years to intensify.