The explosion of inequality worldwide: solutions under debate

The explosion of inequality worldwide: solutions under debate

Today, everyone agrees: inequality is increasing all around the world. This situation is being a source of strong social tensions with a likely negative impact on economic growth. Here is an overview of the approaches that could reverse the trend.

At the beginning of 2019, 26 billionaires owned the same amount of wealth as the poorest 50% of the world’s population, or 3.8 billion people1. The previous year, they were still 46 to hold the same share. Such figures reveal the explosion of inequality in our era. “We are living in a world of extreme income concentrations, and even greater ones of personal wealth (equity, real estate, Treasury bonds, etc.),” sums up Lucas Chancel, co-director of the Laboratory of World Inequality at the Paris School of Economics. “And these concentrations have not stopped growing since 1980.” Over this period, the richest 1% have enjoyed twice as much income growth as the poorest 50% – while middle-class earnings have either stagnated or fallen2. 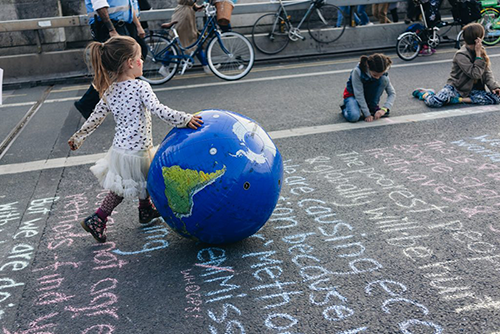 This growing inequality in the wealth distribution has a major impact on societies everywhere. The ‘yellow vest’ protests in France were a reflection of the frustration and social tension that are spreading across all five continents. José Maria (Chema) Vera, the interim Executive Director of Oxfam International, sees three main consequences of such situation. “First of all, social justice is affected: the more inequality increases, the greater the slowdown in eradicating exterme poverty. Furthermore, it also has a detrimental effect on democracy, as it causes a breakdown in social cohesion. Finally, the inequality growth is unavoidably linked to the difficulties we are facing in fighting climate change.” Governments therefore need to find answers to these three major threats.

So, how can social justice be improved? The liberal solution is the trickle-down effect. The idea is that reducing taxes on the richest individuals and largest corporations will boost the economy, thereby creating a trickle-down effect through every level of society. German Chancellor Helmut Schmidt famously summed up the theory with the phrase “today’s profits are tomorrow’s investments, which create the jobs for the day after.” The approach is still applied today in the United States and to a lesser extent in France. Though it remains the preeminent theory within the power circles, its validity is now colliding with the increasing inequality in countries where it has been adopted.

At the opposite end of the spectrum lies the Keynesian approach of wealth redistribution. Author of a global bestseller, ‘Capital in the Twenty-First Century3’, Thomas Piketty is considered as a leading economist on the subject. His thesis is that capitalism is a machine designed to generate inequality. Proof of this is that, over the long-term, and beyond periods of war that have the effect of boosting the economy, the return on capital has always been higher than the rate of economic growth. This situation can only lead to an increase in inequality. To correct this trend, Piketty proposes state intervention in the form of a progressive and worldwide (European in a first phase) taxation on capital.

All over the world, politicians are adopting a similar approach and are making of the wealth redistribution policy an essential instrument for supporting growth, with the subject being at the heart of the US Democratic Party primaries in 2020. Elizabeth Warren and Bernie Sanders, in particular, both see taxation as a key tool for taking action on social justice. Warren suggests a tax on the wealth of the richest 0.1% of Americans. Over a 10-year period, this tax on some 75,000 households would benefit the US government a total of $2.75 trillion. Meanwhile, Sanders suggests a rate of inheritance tax that would reach 77% for the richest families and a series of taxes on financial transactions that could yield $2.4 trillion over 10 years.

However, in a globalized world, intervention at a purely national level seems insufficient. José Maria (Chema) Vera highlights the fact that “companies are becoming global, and are no longer connected to national institutions. They are gaining in power, and there is less and less transparency.” His answer to this is “multilateralism, governments should agree on a minimum level of worldwide taxation.” 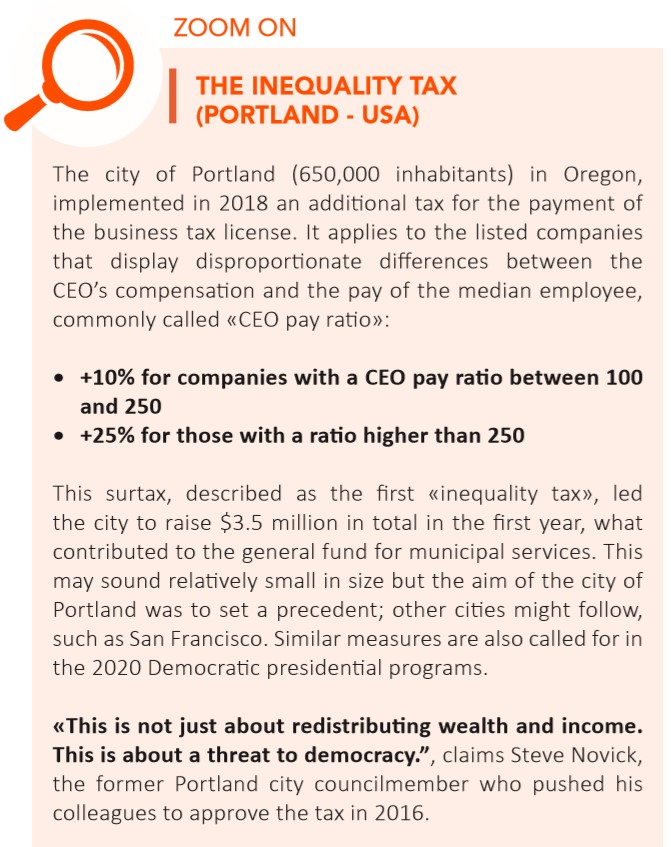 The idea is to have sufficient financial leverage to invest in the major issues of the future, and to do so in a way that particularly helps the least well-off. “ Those who have benefited most from the growth over the last 40 years, which basically means the wealthiest, need to be taxed more in order to finance long-term investment,” explains Lucas Chancel. “That means having fairer taxes, better distributed and more progressive.” The priority would be massive government investment in education, healthcare and climate change combat. “These choices would benefit everyone, but above all to the most modest who would once again feel that they can achieve things, and would also feel part of the economic and social game.”

Along with making society more at ease with itself, reducing income inequality would certainly stimulate growth. In this respect, it’s worth highlighting that the issue of inequality is now part of the program of the World Economic Forum in Davos4. Several research studies by the OECD5 have concluded that labor market and taxation reform, along with the supply of quality education, would boost GDP and reduce income inequality. Clearly, such efforts would be even more visible if they were coordinated at an international level.