Putting food waste on the table

Putting food waste on the table

The figures are dizzying. Some 1.3 billion tonnes of food are thrown away or lost every year worldwide. In all, one-third of the food produced is never eaten. Meanwhile, nearly one billion people suffer from hunger or malnutrition. And for each kilogram of food produced, 4.5 kg of CO2 are emitted into the atmosphere. Waste not, want not…

The good news is that this state of affairs is not inevitable, as the question here is waste. There are ways of avoiding this waste, and France is making impressive in-roads in this respect. 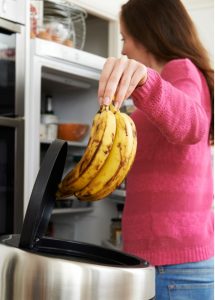 What do we mean by waste?

For philosopher Jean Baudrillard, “it is that which defies scarcity and, contradictorily, signifies abundance”. For the authors of the French national pact against food waste (“Pacte national de lutte contre le gaspillage alimentaire”, France, 2013), it is “all the food intended for human consumption that, at one stage in the food chain, is lost, thrown away or degraded.” This concept can thus be distinguished from that of “food waste”, which encompasses waste – which by definition can be avoided – and waste considered as inevitable such as bones, egg shells and banana skins.

Who is doing the wasting?

Waste begins well before the food gets to our plates, in the food production and processing process, during transport to and distribution in shops, and, finally, when we consume it.

FRANCE, AHEAD OF THE GAME: according to the 2018 Food Sustainability Index (FSI), France ranks as the leader among developed countries in food sustainability. It is a pioneer in the introduction of policies and measures aimed at reducing food losses. For example, food waste per final user is 67.2 kg in France compared with 95.1 kg in the United States.

How can we fight against food waste?

The public authorities in France have already taken action, notably in 2013 with the national pact against food waste (“Pacte national de lutte contre le gaspillage alimentaire”). Coordinated by numerous partners alongside the state, this initiative aims to halve food waste by 2025. The commitment takes the form of 16 highly operational measures including support for public awareness-raising actions, the development of systems for the recovery, processing and donation of unsold food on public food markets.

A further breakthrough was made with the Garot Act of 11 February 2016, which obliges supermarkets of over 400 square metres to donate their unsold food items if solicited by organizations. Supermarkets that refuse to do so may be fined €3,750 each time.

At the Etats Généraux de l’Alimentation, a national food conference held in second-half 2017, this incentive was extended to industry and institutional catering.

Other countries, including Italy, have followed France’s example, to the extent that some elected representatives are even calling for a European law against food waste. The Waste Directive, part of the Circular Economy package published in 2018 in the Official Journal of the European Union, includes provisions to reduce food waste and facilitate food donations.

The food industry is already working with the public authorities. But in addition to these efforts, restricted to varying degrees by the legal framework, a number of avenues for improvement exist. For example, the problem in developing countries largely stems from the production and transport of foodstuffs. Efforts need to be made in improving the supply chain, and particularly the cold chain, so as to avoid large-scale losses. Otherwise, we need to ease criteria on calibration (with the reintroduction of “ugly” fruits and vegetables), optimise donations through food tech (and here retailers can count on a host of start-ups to handle the logistics and relationships with the organizations receiving the products), sell unsold foodstuffs at cut-rate prices to keep them from being thrown away (a service offered by the start-up TooGoodToGo, already used by 500,000 French people), and develop the use of packaging ensuring better conservation.

End consumers naturally have a role to play in this fight, by making a few simple changes in behaviour such as using leftovers as ingredients for new dishes; doing more regular food shops in smaller quantities; buying loose rather than packaged products; preferring short food supply chains so as to limit losses relating to transport and storage; and also by not confusing expiry dates with minimum durability dates.

According to the figures in a 2011 study by the European Commission, a poor understanding of expiry dates is responsible for 20% of food waste. The “use by” or “use until” labels represent the product’s use-by date. This date must be respected. Beyond this date, the product may pose a risk for the consumer’s health. The “best before” label indicates the date of minimum durability. Beyond this date, the foodstuff may lose some of its taste and/or nutritional value but eating it does not pose a health risk.