Disruptive forces at work for healthcare

Disruptive forces at work for healthcare

Interaction between conventional medical research and the high tech industry has led to considerable progress in healthcare in recent years. Faster and more effective treatments are in this way able to reduce costs.

Developments in healthcare have undeniably taken a spectacular leap forward since the last century. This is well demonstrated by longer life expectancies. The average life expectancy has risen from 46.6 years worldwide in the 1950s to 71.4 years in 20151 and could even reach 90 years for women in some countries by 20302. This longevity is partly due to the general improvement in living conditions. However, it is mainly the result of the progress made in medical research in recent years.

As in other sectors, this progress is driven by the breakthroughs made elsewhere in the high tech industry. The interaction of these two universes has resulted in major advances in the treatment of some conditions. Biotech, immunotherapy and medtech are all new disciplines that are taking the place of conventional medicine and research and are evidence of the recent disruption to healthcare and the life sciences. This development is dictated by cost and demand considerations. Healthcare spending is on an unsustainable path due to demographic trends and the ageing of the population. It accounts for 10% to 12% of the GDP of OECD countries on average. In the US, this figure reached 17.8% in 2015, in other words $3,200 billion. The cost of drugs alone amounts to $315 billion on this market, representing 9.8% of total healthcare spending. Mentality is gradually changing. The idea is no longer to prescribe more drugs; on the contrary, the focus is on avoiding repeated treatments by improving the quality of healthcare and the effectiveness of drugs. The progress made in recent years has been aimed, along these lines, at developing a more personalised, and therefore less expensive, healthcare system. The current disruptive forces are also redirecting traditionally “reparative” medicine towards a more preventive approach.

These development focuses are attributable to several factors. First there is the exponential increase in usable data, also known as big data. More information is being gathered thanks to the emergence of large-scale players, following the consolidation of the healthcare sector, and the expanding of social security cover. Incumbent laboratories have also stepped up their collaboration with more innovative biotech companies, whose development is focused more on the processing of these data. The quantitative and qualitative improvement in the information gathered has finally resulted in more sophisticated analysis. These significant advances in research have allowed laboratories to concentrate on disease prevention. Data can also be analysed more quickly. Thanks to the development of artificial intelligence and algorithms, and to connected objects’ ever more finely tuned sensors, diagnoses, and therefore the prescriptions given as a result, have considerably improved. Not long ago, for instance, BioFire (Biomérieux) made a remarkable achievement by launching a test that is able to detect whether a case of meningitis is viral or bacterial in less than an hour. 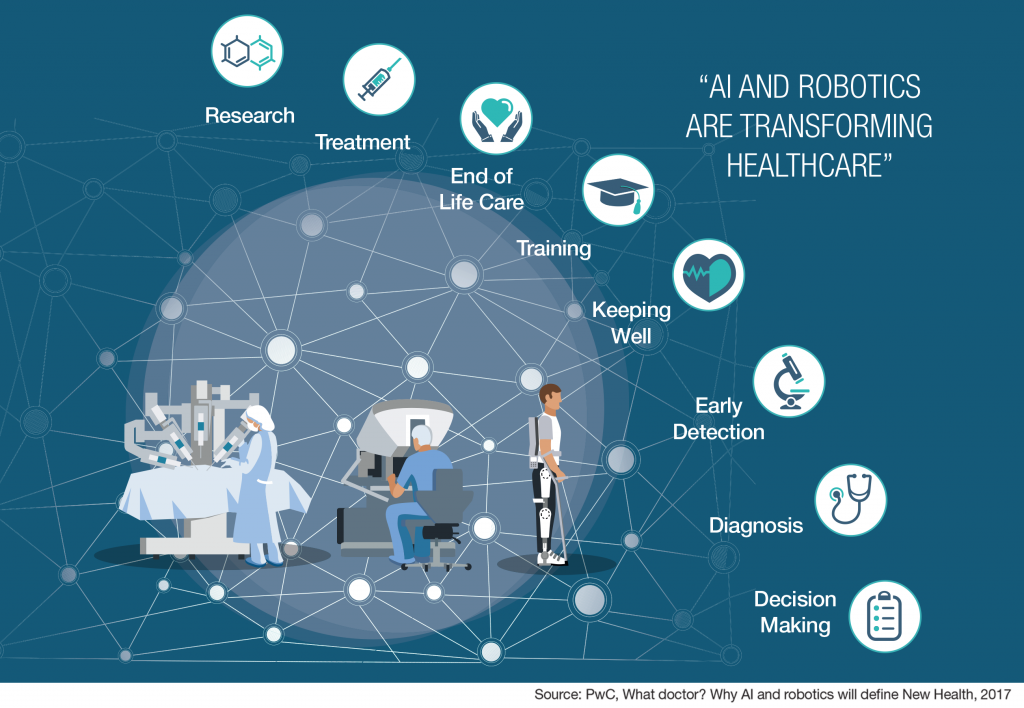 Generally speaking, the digitisation of the sector now allows the monitoring of individuals’ health in real time and the prevention of chronic conditions such as high blood pressure. The goal is to achieve better foresight and to manage treatments accordingly. The range of possibilities, encompassing algorithms, connected objects and data processing, is such that IT giants such as Google and Apple now have a large presence in the healthcare field and have recently signed agreements with big laboratories.

The quality of the care given is also a feature of the current shake-up. Whereas in the past the use of a broad-spectrum antibiotic was a prerequisite before administering the right molecule, the process has now been simplified. The advances made in research by biotech companies, especially when it comes to targeted therapies, are in this way significant. For example, Herceptin can now be used to treat a specific type of breast cancer that had one of the highest mortality rates just ten years ago. Other fields than immuno-oncology have also been truly revolutionised in the last few years, such as genomics and microbiota. The potential benefits are huge and are whetting the appetites of the big laboratories.

“Some estimates put the savings at around 5% of expenditure on the US market,
in other words $20 billion.”

As “disrupted” healthcare is simpler, faster and more effective, it above all meets cost control needs. The solutions offered by biotech companies are still expensive but new technologies, such as the 3D-printing of tissues, are being introduced to reduce their cost. Pressure on laboratories’ R&D budgets and the explosion of available data are at the same time improving research productivity. Some estimates put the savings at around 5% of expenditure on the US market, in other words $20 billion. More generally, digitisation could reduce both the total cost of approved drugs, which currently stands at $2.6 billion, and also increase the number of these drugs. Over the last ten years, 28 drugs on average were given the go ahead by the FDA each year, this figure could rise to 33, or even higher, thanks to digitisation. The possibilities offered by disruption are all the greater as the healthcare sector is vast.