Why investing in education is more urgent than ever

Why investing in education is more urgent than ever

Education was one of the first sectors affected by the Covid crisis, along with school closures to prevent the epidemic from spreading. Moreover, it is clear that this crisis has disproportionately affected the less educated people. Against this backdrop, it appears more urgent than ever to invest heavily in education.

To prevent the spread of the coronavirus, schools have temporarily closed their doors pretty much all over the world. At the height of the crisis at the end of April1, 1.5 billion children were affected by school closures in 180 countries, or 85% of the world’s children. As of mid-July 2020, more than one billion learners were still affected by these closures, representing 61% of total school enrollments worldwide.

Faced with school closures, governments have had to organize the continuity of learning as a matter of urgency and this may have contributed to increasing inequalities. More than 90% of countries have policies in place for remote education, via television or radio broadcasts or via the Internet. The richest countries have favored digital education and television broadcasts and the poorest radio broadcasts. However, UNICEF2 estimates that at least 463 million children, or 31% of the world’s schoolchildren, have not had access to any of these programs, particularly because of the lack of equipment in families, which increases mechanically inequalities relating to education. School closures have also led to school dropouts, which have already been seen in previous epidemics3.

Children who have had no access to remote education are mostly found in the poorest countries. However, the Covid crisis has also accentuated educational inequalities in rich countries as well. As data from Opportunity Insights shows, the gap in student progress has widened significantly since March between low-income and high-income ZIP codes in the United States. Besides, students in vocational courses have suffered more breaks in their learning than general courses.

Learning losses and dropping out of school have long-term impacts by generating losses of human capital. World Bank economists4 estimate the losses in future labor earnings associated with school closures during the Covid crisis at $ 10,000 billion (equivalent to 11% of 2019 global GDP). These losses are particularly significant in poor countries and in disadvantaged areas, which exacerbates inequalities. As Isabel Schnabel, member of the ECB Executive Board, recently summed it up, “The observed dispersion of learning outcomes is primarily  problematic because it could lead to lasting differences in human capital accumulation, thus causing inequality to increase in the long run”.

The Covid crisis has further penalized the less educated

It is now clear that the covid crisis has exacerbated economic inequalities in developed countries by further penalizing the less advantaged. In the case of the United States, Fed researchers5 have shown that young people have lost their jobs more than their elders, women than men, Blacks and Hispanics than Whites, and the less educated than the more educated. 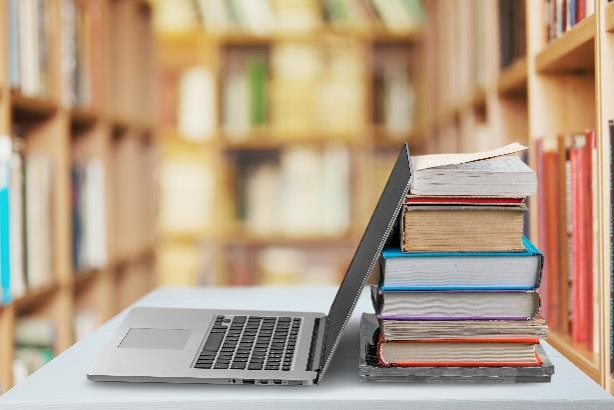 It had already been demonstrated that during previous recessions6 the less educated lost their jobs more than the others. But this was much more marked in the 2020 recession. From this point of view, diplomas and degrees are indeed an “anti-crisis shield” but it is also necessary to have the possibility of training and learning while the related investments education may be under pressure because of the economic crisis…

What consequences of the economic crisis on education?

The fall in economic activity will result in a very significant drop in tax revenues. The most vulnerable countries will not necessarily be able to secure their spending on education. After the 2008 crisis, most of the OECD countries initially maintained or even increased their public spending on education, but cuts subsequently occurred with the austerity measures which were taken from 2010. The OECD estimates that a third of OECD countries reduced their education budgets between 2009 and 20107 . Its study also shows that teachers’ salaries were frozen or cut between 2009 and 2011 in 12 of the 25 countries for which data was available. The poorest countries, which are dependent on international aid, have been the most affected by the drop in education spending. The OECD mentions Chad or Niger where education spending fell by 7% and 10% between 2009 and 2010.

In the particular case of the United States, the growing involvement of States in education exacerbated the impact of the 2008/2009 recession on education, since the financial difficulties they encountered forced them to make big cuts. In 2020, the financial difficulties of the States, which are in charge of unemployment benefits, will lead or are already leading to budget cuts and tens of thousands of dismissals of teachers. Particularly for this reason, the current negotiations on a new phase of fiscal relief are crucial for education.

In Europe, the 2021 budgets are still at the draft stage. However, the emerging trend is rather an increase in public expenditure devoted to education in Europe next year. One explanation comes from the fact that the fiscal stance will remain broadly expansionary in 2021.

In France, the Ministry of Education and Research budget should increase by €2.7 billion to reach €76.1 billion according to the 2021 preliminary finance bill. Education spending can also be part of national stimulus plans alongside spending on health, social protection, and business support. For example, €8.5 billion out of the €100 billion French recovery plan, will be devoted to training employees and the unemployed as well as to developing Edtech.

In Germany, the 2021 draft budget provides for an increase of €1 billion to €40.3 billion for education. The €130 billion recovery plan also provides funding to continuing education, to extend the school day (€4 billion) as well as to develop digital tools at school with €1 additional billion allocated to the Digital Pakt. For countries that do not have room for maneuver in the budget, recourse to European funds can make it possible to finance expenditure linked to education or research. For example, Ignazio Visco, the governor of the Bank of Italy, advised the Italian government to use the European recovery fund funding to improve infrastructure and resources devoted to education and research.

The place of education in fiscal stimulus packages

Education is not one of the European prerogatives but remains in the hands of the Member States. However, the European Commission has highlighted research, innovation and education as key areas to facilitate recovery and resilience in the face of an upcoming crisis. In this context, the Commission proposed to increase the budgets allocated to two European programs related to education via the multiannual financial framework (MFF) and / or the European recovery plan, Next Generation EU. These are Horizon Europe, the research and innovation program, and Erasmus +, the student mobility program. The negotiations are still ongoing, but Horizon Europe should have an additional €5 billion through the recovery plan, or €80.9 billion in total. The Erasmus + program is endowed with an envelope of €21.2 billion, admittedly downsized by €3.4 billion compared to the initial Commission proposal but nevertheless much higher than that of the period 2014-2020 which reached €14,7 billion. Next generation EU also plans to increase the budget allocated to the Digital Education Action Plan launched in 2018 by €8.2 billion in order to strengthen the digital skills of European citizens. In addition, the European Social Fund also finances training programs with the aim of promoting employment and social inclusion.

In the United States, education was already an important part of the CARES Act, the main fiscal relief plan adopted this year, and is expected to be an even more important component of the next phase of budget support.

Under the CARES Act, $30.7 billion were dedicated to education, in particular:

The CARES Act’s educational goals were manifold. It intended to help children from underprivileged families, train teachers in good sanitary practices, purchase the necessary equipment to clean and disinfect buildings, acquire the technological equipment necessary for distance education and improve internet access for students and teachers. For K12 schools, State Educational Agencies managed the funds. For universities, funds were paid directly to institutions and were to be used for at least 50% to help students in financial difficulty.

The new support plan voted by the House of Representatives on October 1 (but not by the Senate) would allocate an additional $208 billion for education (including 175 for K12 schools and 27 billion for universities). Treasury Secretary Steven Mnuchin’s counter-proposal included $150 billion for education. In the end, the adoption of a new phase of budget support is absolutely decisive for schools.

The increase in budgets allocated to education is very dependent on the governments’ ability to implement ambitious recovery plans. It is likely that many countries will not be able to maintain their budgetary efforts in this area over the next few years. This would raise inequalities in the access to education. Moreover, within the same country, educational inequalities have increased during periods of school closures, hitting socially disadvantaged students, vocational streams, etc. much harder. The health crisis is not over, but investments in education must be a priority to ensure that the economic crisis does not leave a lasting imprint on a generation of students.

— Bastien Drut and Juliette Cohen, Strategists at CPR AM

Notes —
1. World Bank. 2020. «World Bank Education and COVID-19 »
2. UNICEF, 26 August, “COVID-19: are children able to continue learning during school closures?”.
3. The experience of the Ebola crisis in Sierra Leone showed that the dropout rate had risen sharply, especially for girls between 12 and 17 years old, who were 16% less likely to attend school. Yet the government had taken steps to limit early school leaving by waiving examination fees and subsidizing secondary school enrollment fees.
4. “Learning losses due to COVID-19 could add up to $10 trillion”, Brookings, 30 July 2020.
5. Cajner T. et al., 2020, “The US labor market during the beginning of the pandemic recession”, NBER Working Paper 27159.
6.  Hoynes H., D. Miller et J. Shaller, 2012, “Who suffers during recessions?”, NBER Working Paper 17951.
7. “What is the impact of the economic crisis on public education spending?”, Education Indicators in Focus, No. 18(2013). OECD