By 2050, two-thirds of the world’s population will live in cities or other urban centers. By 2030, there could be 43 megacities of more than 10 million inhabitants, compared to 31 today. These figures, published by the UN in May 20181, reveal the scale of the challenge now facing humanity – to ensure that the planet remains inhabitable, amid a wider context of diminishing natural resources and unprecedented urban growth. Today, we have to think through the city of tomorrow, a statement of fact that is shared by experts and everyone who is committed, right now, to being a driving force for change.

Cities are at the root of the most serious problems that humanity will have to face in the years ahead: diminishing resources of water and fossil fuels, vulnerability in the face of climate change, and the consequences of the uncontrolled growth of shantytowns in the urban environment2. 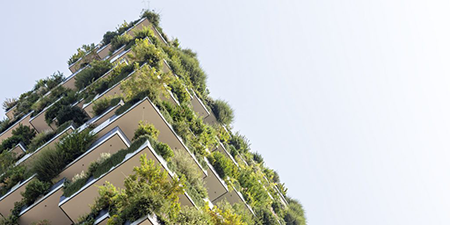 At a time when 40% of the world’s urban development takes the form of shantytowns, the risk of a long-term degradation of the environment is increasing. Urban networks are struggling to cope with the demographic pressure and do not always receive sufficient investment to ensure equal access to resources such as drinking water and electricity. The uncontrolled use of land is threatening agriculture and food production, while the atmospheric pollution caused by transportation is becoming poisoning to city dwellers. All these problems are shared by developed countries because of their high levels of consumption.

The visible effects of climate change are only adding to these problems in the form of floods caused by rising sea levels, diseases that are linked to higher temperatures and damage to infrastructure, the repercussions for ecosystems that provide the food and water on which cities rely, increasing energy consumption and greenhouse gas emissions… it’s a long list!

The power to adapt

Given this situation, how can we design the city of tomorrow, and build a possible future? Professor Emeritus at France’s National Center for Scientific Research (CNRS) and a specialist in the functioning of cities, Denise Pumain has shown the natural ability of cities to adapt to change. “Since their creation, cities have been in a continuous process of mutation, so that they can continue to exist,” she underlines. With their different shapes and their diversity in terms of geography, density and the societies that live there, cities have shown that they are capable of finding suitable solutions to their problems of sustainability.

Some of these solutions are already familiar to us. In the construction industry, which accounts for about 40% of France’s energy consumption, the focus is on producing low-energy or even energy-positive buildings. Waste management is also essential for the sustainability of cities. Aside from systematic waste separation and recycling, a number of start-ups are creating new business models from compost, with biomass starting to be used as a fuel for urban heating networks. Cities are meanwhile developing electric forms of transportation, taking care of green spaces, and encouraging people to buy local produce and to reduce their energy consumption with the help of smart grids.

Agriculture is also being encouraged to move into the cityscape, by adapting to a wide range of buildings and urban geographies, while the concept of ‘vertical farms’ is gaining new followers around the world. On the rooftops of New York and Montreal, people are using new technology to grow early fruit and vegetables, while vast agricultural buildings are using LEDs instead of natural light and nutrient sprays, so that soil is no longer needed. The system ensures a daily delivery of fruit and vegetables, and a shorter distance to consumers in the city.

At a more general level, food security implies a requirement for comprehensive planning of the food cycle – from production to the systems for distribution, sale, waste and recycling – as the report by the Metropolis network3 has already made clear. It is also possible to install facilities for saving water, following the example of city authorities in Barcelona, who have established water capture points around the city and have encouraged new initiatives to optimize the efficient use of water.

While developing countries suffer from a sometimes anarchic approach to urban growth, they are also key places for testing experimental designs for sustainable cities. In China, for example, 15km north of Shanghai, Dongtan has been designed as a regional eco-city, setting itself the objective of becoming the first truly sustainable city in the world by having zero greenhouse gas emissions. Unfortunately, the project has fallen by the wayside. But at least it represents a real will to experiment with new technological solutions for providing sustainable conditions for modern life.

Designing a city in all its complexity

To design a sustainable city involves harnessing the power of technological innovation. However, the design requirements go far beyond this aspect. As outlined in a report4 by France’s agency for the environment and the management of energy (ADEME), a city is a social, cultural and spatial hybrid. It is not only a physical system made up of technical installations — effectively a system of inward and outward flows (of people, energy, materials, information and goods) – but is also a system of social and socio-political practices that involve different players. And at the heart of this complex object, sophisticated and interdependent activities, along with various types of networks, are being developed on different scales. 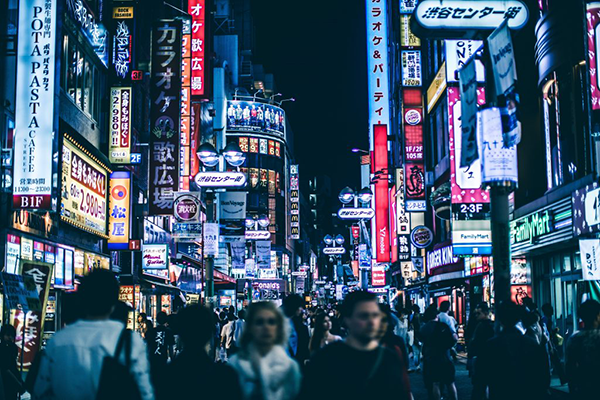 This is why Smart Cities are not just about digital engineering,” explains Denise Pumain. “Adapting to change means not only finding new technical solutions, but also exchanging information, taking decisions at an institutional level, and enabling everyone to understand and to be involved in the way daily life is organized.” By encouraging the education of citizens and community engagement, cities can develop resources that are just as valuable as the achievements of technological innovation.

Finally, thinking about the city in an overall way, in all its complexity, also involves engaging with international networks of city authorities and sharing valuable information about the sustainability of the planet. In Asia, the Asian Cities Climate Change Resilience Network (ACCCRN) is working to anticipate the risks and to provide workable answers. In Europe, the JPI Urban Europe network is looking into all forms of urban transition. The strength of these networks lies in their ability to share information and experiences, as the city of Paris is doing now, having launched an eco-district project with mixed results. The project illustrates the real challenge for developing sustainable cities: aside from all the technology, it’s the need to find an effective way of uniting all the stakeholders around a common goal.

Notes —
1. https://www.un.org/development/desa/en/news/population/2018-world-urbanization-prospects.html
2. Source: “Cities of the future, the future of cities: what’s next for the cities of the world?”; report by senator Jean-Pierre Sueur to the French Senate committee on societal and economic transformation.
3. https://www.old.metropolis.org/sites/default/files/c2_metropolis_urban_growth_-_english.pdf
4. ‘Challenges and prospects for efficient, sustainable cities’ – https://www.ademe.fr/sites/default/files/assets/documents/90470_7657-feuille-route-villes-durables.pdf