Time to think about common answers to environmental and social problems

Time to think about common answers to environmental and social problems

Worries about the end of the world, or just making ends meet; an environmental crisis on the one hand and a social crisis on the other. The two great crises of our time have long been viewed as being different. Until now. Every day, a new reality is becoming ever more clear: meeting the environmental challenge will be impossible without also dealing with the social crisis.

Intertwined, the social and environmental crises

Does anyone still have any doubts about the reality of the environmental crisis? The UN, the Intergovernmental Panel on Climate Change (IPCC), independent consultancies… there is no shortage of reports raising the alarm and analyzing the risks facing our planet and its people. Along with scientific publications and demonstrations by activists, public opinion around the world is now being swayed by the first visible repercussions of climate change, such as record temperatures, huge fires and population displacement on a massive scale.

At the same time, another type of crisis is hitting the headlines around the world – the social crisis caused by growing inequality. With more than half of the world’s wealth in the hands of the wealthiest 1%1, equality is growing, even within the same country2. From Algeria to the Lebanon, from Chile to France, from Ecuador to Hong Kong… the daily realities may be different, but the same wrongs are being highlighted by local people, with varying degrees of violence. 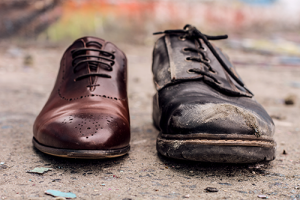 Although separate, at first sight, these two issues seem increasingly to be interlinked. One illustration of the connection between them is the gilets jaunes (yellow vest) protest movement in France, which began as a response to a new tax on the most polluting vehicles. Nicolas Hulot, the country’s former environment minister, said at the time that was vital to avoid “the end of the world” being in conflict with the need to “make ends meet.”

Taking a closer look, the environmental and social crises come together in two ways. Firstly, because the people most affected by the environmental crisis are the poorest in society. “The deterioration of the environment has an impact on inequality in society,” comments Jeanne Fagnani, Research Director at France’s National Center for Scientific Research (CNRS). There is a cumulative effect to the harm being inflicted on its victims, with the classic example being Africa, where the poorest have to walk considerable distances to have access to water.” Even within rich countries, the most disadvantaged people in society are the first to suffer, such as the 1,836 people who were killed by Hurricane Katrina when it hit Louisiana in the United States in August 2005.

However, there is another reason why the crises – and the solutions to them – are interdependent: people will not be willing to make the necessary changes to their lifestyles, if those changes do not also lead to a reduction in inequality. As French economist Jacques Le Cacheux put it: “Most people reject the policies needed to resolve the environmental crises. You can only do this with their support. You have to devise policies that are both effective and fair.” A recent report by France’s agency for the environment and the management of energy (ADEME) stated that while French people want action to be take on climate change, they want that action to be shared fairly and democratically3. Although the gilets jaunes movement underlines the powerful rejection of current solutions, it seems impossible not to take on a hugely important challenge — of finding a new approach that offers both environmental protection and a reduction of inequality.

Environmental initiatives as a response to social problems

However, the difficulty at the heart of this task is to reconcile short-term demands and long-term needs. Jeanne Fagnani, who edited a collective work “Environnement et inégalités sociales4” with Floran Augagneur, sees this as the key to providing environmental justice. “In the short term, there has to be a focus on the most vulnerable sections of society, and the need to provide them with jobs, a healthy environment, air that is not too polluted, etc. In the long term, it’s in everyone’s interest to combat global warming and pollution.” To break the impasse, Jeanne Fagnani is calling for a multi-dimensional approach: 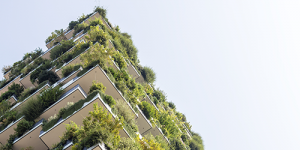 “We need a systematic approach so that, for example, at the public policy level, there shouldn’t necessarily be just one ministry that deals with environmental issues, but that we have a policy of mainstreaming.”

In practice, it would mean that, right from the start, public policy would include environmental aspects and their impact in terms of environmental justice. Such policies should avoid penalizing certain groups (social class, gender, ethnicity, etc.) more than others, and ensure that everyone enjoys the same benefits from environmental policies. “Making sure that no section of society is excluded from these policies means allowing everyone the chance to give their opinion and to denounce any injustices that might be created by a given policy.” The researcher points out that France already has an organization whose role is to ensure discussion of these questions: the National Committee for Public Debate.

That said, there is no silver bullet for solving these problems. “What’s needed is to create a whole series of measures, and to make them coherent,” underlines Jacques Le Cacheux. “Some solutions exist, like the ‘energy-voucher,’ which makes it possible to increase the cost of carbon, while maintaining the purchasing power of people on low incomes. It’s a way of making these solutions more socially acceptable.” Overall, a more ambitious policy is needed for taxing environmental harm and then redistributing the subsequent revenues. Such an ambition would involve profound changes to essential aspects of daily life, such as eating habits (at school canteens, for example) and transportation (increasing the provision of public transport). Everything that can help to reduce our impact on the environment needs to be part of the equation. Every new measure has to be designed – and seen by everyone – as being another step toward reducing inequality.