The growth of contactless: a reinvention of daily digital life

The growth of contactless: a reinvention of daily digital life

In light of the health crisis, social distancing has become the norm around the world. By a twist of historical fate, these unprecedented times have also coincided with the exponential growth of contactless technology. Boosted by the advent of Edge Computing, the technological revolution now underway looks set to make a major impact on the daily lives of companies and people in general for many years to come.

The broad outlines of a powerful trend

The steel arm of a robot fills cups in a restaurant. A minibar wanders along the corridors of a hotel. Self-driving cars – soon – delivering meals to people’s homes. In South Korea, the contactless world is already a reality. The so-called “untact” (the opposite of ‘contact’) is even a major priority of the country’s €55 billion strategic plan to boost the economy. And while it may be at the leading edge, South Korea is not the only country to be investing in technologies that respect social distancing. 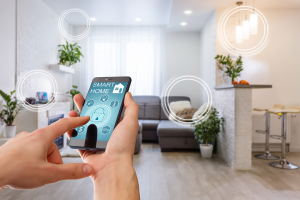 In Europe, the development of contactless payments (using Near Field Technology) has so far been the best illustration of the trend. According to a recent study, they accounted for 65% of all transactions in June 2020, compared with only 30% nine months earlier. At a technical level, the method uses radio frequency identification (RFID) to enable the payment terminal to connect to the bank card. However, the word ‘contactless’ covers a much broader reality, as it also includes the most promising field of technology for the years ahead: the Internet of Things (IoT). Whether by using RFID, Bluetooth, WiFi, 4G or soon 5G, the ability to connect devices to the internet will create huge opportunities. On top of that, manufacturers will also be able to harness the power of Artificial Intelligence (AI) to greatly improve the functionality of these connected devices in a wide range of applications, such as video surveillance cameras, self-driving cars or voice-activated assistants. To deliver them, two fields of AI will be particularly involved – facial recognition and voice recognition.

If developments in these areas have rapidly expanded in recent years, the growth of Edge Computing has been little short of explosive. “Barely two years ago, using facial or voice recognition required huge power in terms of processing and energy, and therefore a lot of money,” explains Duncan Stewart, Research Director for Technology, Media and Telecommunications (TMT) at Deloitte Canada. The reason? In practice, connected devices were not that smart. In fact, they were known as ‘dumb devices’, because they were only capable of recording information and then sending it to data centres for processing. “Since 2018, phenomenal progress has been achieved, with the arrival of automated learning chips that weigh less than one gram and cost less than 5 dollars.” Within the devices themselves, an NPU (Neural Processing Unit) chip handles algorithms that are based on AI. These processors are capable of recognising faces, answering questions and controlling devices using voice processing. In other words, they can perform these tasks locally, without being connected to the cloud.

Such progress is unparalleled. Duncan Stewart recalls how Moore’s Law famously predicts a doubling in the power of integrated circuits, at constant cost, every 18 months. “With NPUs, processing power is doubling… every month. They are 50 times more powerful than they were a year ago, while consuming 25 times less energy. It’s a revolution. A real one.”

The conditions for long-term success

While the explosion of these technologies had been predicted before the health crisis, the latter has certainly led to a dramatic acceleration in their development. “We have made 5 years’ progress in 5 months,” says Duncan Stewart. Access to offices is now controlled by facial recognition, voice-activated assistants are on hand… the applications are limitless. And all this is happening at a time when limiting human contact has become a necessity. Not surprisingly, sales of Edge AI chips are expected to reach more than 600 million in 2020 – and more than 1 billion in 2021.

Aside from the current health situation, these chips also provide a response to the major challenges of the coming decade. With tens of billions of devices expected to be connected together by 20251, a drastic reduction in the amount of data being generated seems essential. In 2020, 91% of all data is being processed in centralised data centres, according to Gartner. With Edge AI, 74% of all data will be analysed by the devices themselves by 2022, thereby reducing the pressure on global bandwidth, and using less energy.

However, there is yet another advantage of this technology to ensure its success: devices equipped with AI can handle data considerably more quickly than IoT devices connected to cloud servers. Getting information, making decisions and taking action will all be possible in real time. All of this will be vital for self-driving cars, for example, where every millisecond counts. 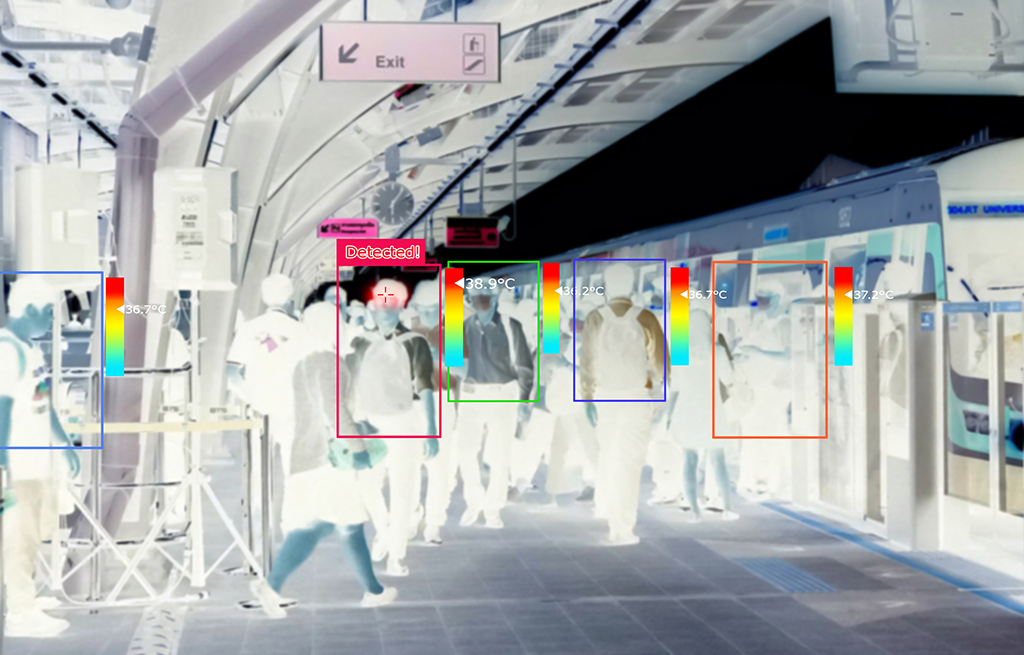 Lastly, another technical detail is worth highlighting: processing data within the device itself means there is a much lower risk of piracy. Data privacy is a major issue for several applications for the technology, such as video surveillance. Thanks to automated learning, cameras can process the videos locally, and identify and follow people on the move. Similarly, in an airport, a heat-seeking camera can identify passengers whose temperatures are over 38°C, without the data going beyond the airport area. Security is an additional argument that strengthens Duncan Stewart in his belief that “this technology will be here for several decades to come.”