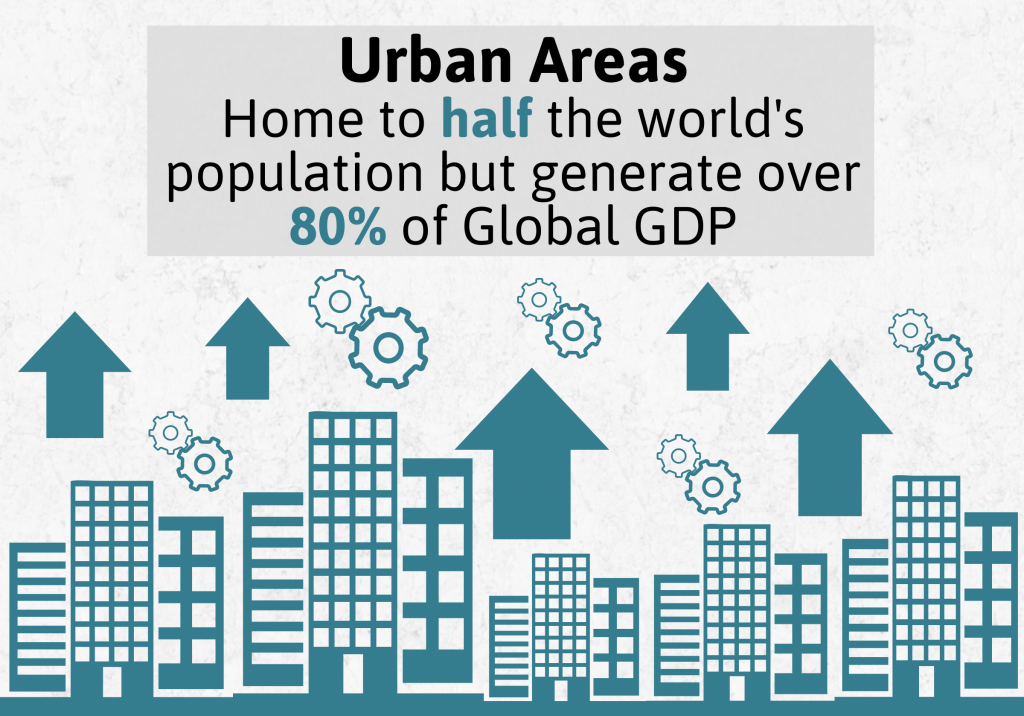 Today, 55% of earth’s inhabitants live in urban areas, a measure expected to increase to 68% by 2050. Forecasts illustrate that urbanization, the progressive increase in human population residency from rural to urban areas, accompanied by the growth in global population potentially adds another 2.5 billion people in urban areas by 2050. Most countries source their focus on the development of cities and not rural areas. Subsequently, urban areas pose more opportunities, better public facilities and a completely different perspective on life as a whole. This has built cities to be magnets for citizens to appease their desire for prosperity and a new beginning in life. A multitude of projects and innovations for smart cities to be the building blocks of the future are taking place today, as smart cities are the solution to the diverse troubles we are currently facing.

What makes a city smart?

Data is the new gold of the 21st century and is the fuel of the world’s leading economies. This new paradigm placing the collection and analysis of data through Information and Communication Technologies (ICT) at the core, allows for unheard-of opportunities to thrive and the optimisation of already existing infrastructures. Utilising this data and implementing it in urban services such as utilities, transportation and other traditional elements, turns the realisation of a smart city into a existence.

The smart city industry is projected to be a $400 billion market by 2020, and will improve and transform people’s lives. People will be able to communicate with the environment in a way never before seen, creating a two-way dialogue for better understanding and constantly improve the quality of life. The widespread application of this to countless industries opens the doors to limitless creative possibilities capable of completely transforming the human experience.

Smart city approaches differ according to the context

It is important to acknowledge that a smart city can be defined in various ways depending on its resources, development and the ambitions of its inhabitants. A smart city in a developing country will not have the same context as that of a developed country

One innovation in Copenhagen, Denmark, is addressing traffic management in a spin off from the traditional travel-time reduction focus placing IoT at the heart of the program. Studies have found that 80% of the world population is vulnerable to higher pollution levels than recommended, with pollution from traffic playing as a dominant contributor. The venture’s approach focuses on directing traffic in the least air pollution-emitting manner, placing environmental health at the forefront. The objective is to develop new intelligence on data-driven traffic management in relation to air quality. This opens new possibilities for air quality management and assists the World Health Organisation (WHO) achieve its goal to reduce deaths resulting from air pollution by Two-Thirds by 2030. Understanding the health benefits derivable from environmentally focused traffic management broadens the boundary of opportunities for businesses and individuals to make tomorrow a greener community.

In contrast to Denmark, Wuhan, China’s ‘Sponge City’ initiative aims to retain as much water as possible, not necessarily placing IoT at the heart of its strategy. IoT plays a minimal role, but the significance of the innovation is in no way less defining in steps towards a smart city. 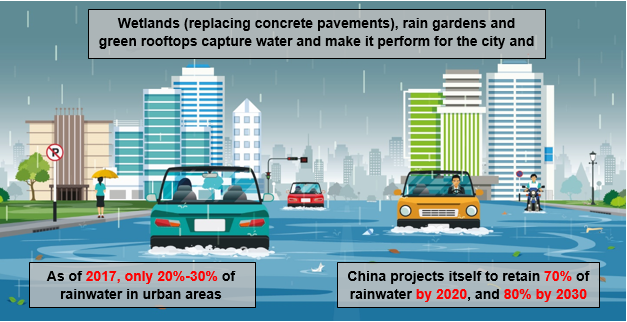 The United Nations Sustainable Development Goals (SDG’s) are the blueprint to achieve a better and more sustainable future for all. They address the global challenges we face, including those related to poverty, inequality, climate, environmental degradation, prosperity, and peace and justice. Goal No.11 in particular focuses on making cities and human settlements inclusive, safe, resilient and sustainable. According to Citibank statistics, $2.1 trillion per annum is globally required to accomplish goal No.11 and provide adequate, safe and affordable housing and sustainable transport for all, as well as enhance inclusive and sustainable urbanization by 2030.

City development is not only a theoretical concept, but also offers concrete investment opportunities across a wide range of different areas. This changes the economics of infrastructure and creates space for partnerships and private sector participation. Physical assets and maintenance are inevitably going to need investment and smart technology will add new capabilities and lessen the burden as time progresses. Cities are traditionally capital-intensive and extremely long-term plan based estates, however the right combination of smart technologies and traditional infrastructure allow for more dynamic and quicker responses to changing demand. Private sector participation will be essential to smart cities, bringing increased opportunities and efficiency to cities. Public ventures traditionally take a fair amount of time to respond to changes. In contrast, a privately operated public service will carry the resources and skills to respond to any abrupt developments in a short space of time.

When are smart cities happening?

They are happening now!

We currently live in a ‘now generation’ where people want immediate access, and real time data has never been more important than it has today. In 2015, the Obama administration announced a new smart cities initiative to invest $160 million in federal grants to create software and IoT applications to help local communities improve city services. The announcement was well received with 54 cities implementing 335 smart city projects and 459 smart city projects being planned between 2015 and 2017.

Imperative to a smart city is the management of real time data to constantly adapt and facilitate self-growth at a sustainable rate, of which will be made simpler with the emergence of 5G wireless networks. As it stands, numerous smart projects continually develop on a global scale emphasising the widespread inception of smart cities; tomorrows foundation occurring today.