The case for Indian growth is an example of the recurrent Western fixation with emerging markets. Nineteenth-century colonialists dreamt that far-flung empires would bring untold riches. If only each native could be induced to buy just a single box of brass tacks each year! Somehow it never quite worked out that way. In modern times, gurus such as Mark Mobius have painted a rosy picture of emerging market potential, based in the first instance on simple arithmetic: from a low starting point, even modest improvements can lead to very rapid growth rates and returns.

Those growth rates could often be purchased by investors at much cheaper prices than could be found at home. A new vista of value investing seemed to have opened up. Japan led the way, and for a time in the 1970s and 1980s was projected to become the world’s largest economy. The country would, it was claimed, act as the leader in a formation of “flying geese” that would lead Asian countries to prosperity. Japan’s stock market bubble burst in the mid-1980s, growth rates never recovered and most of the geese disappeared on their own paths somewhere along the way.

The emerging-market fixation, however, remains. India is now the world’s seventh-largest economy, sitting between France and Italy. The country has an alluringly young demographic structure and, according to the United Nations Population Fund, will have the planet’s largest number of young people in 2020. In January 2018, the World Bank predicted that the country would be the world’s fastest-growing economy this year. PwC has proclaimed that the financial crisis irreversibly shifted the centre of gravity of the financial system and that India, by 2050, will overtake the US and become the world’s second-largest economy, behind China; this in a context in which the size of world economy is projected to more than double.

The institutional framework which underpinned industrialisation in Europe and North America was a specific historical achievement. There is no reason to assume that it can be automatically replicated elsewhere. European industrialisation was favoured by the geographical proximity of major trading centres in London, Amsterdam and Paris. It laid the foundations for a strong manufacturing base, which remains the only proven formula for mass employment.

Developing economies usually transition from agriculture to manufacturing. But the transition in India has been to the service sector. This is due in part to highly bureaucratic labour regulations. A firm with 100 or more workers has to seek permission from the government to reassign the workers to different tasks, to lay them off, or to close the firm. This impedes the development of large-scale manufacturing operations. As a result, the movement of workers from agriculture to manufacturing is minimal. Crippling red tape means most Indian firms are small. The country lacks the huge factories making T-shirts or mobile phones that are common elsewhere in Asia. All but a few firms lack the scale to participate in global supply chains.

The Indian economy needs to create roughly one million jobs each month just to keep up with the natural growth in the labour force. The government’s estimates suggest that India is creating between 350,000 and 400,000 jobs a month. The gap is formidable, and cumulative: if the jobs are not created in one month, they need to be created later. The alternative is an ever-growing mass of people trying to survive in the informal sector. Already, over 30% of India’s youth are NEETs (not in employment, education or training), according to the OECD1.

The Invest India agency proudly proclaims that the country’s wealth distribution is improving. In fact, economic growth in India is far from creating a virtuous cycle of education, skills and higher living standards. India’s richest 1% own 53% of its wealth, up from 36.8% in 2000. That’s even more unequal than the United States, where the richest 1% own 37.3%. According to the British Council, India will be the world’s largest supplier of university graduates in 2020. Bangalore is famous as India’s technology capital, home to companies like Flipkart, Infosys and Wipro, as well as the Indian Institute of Science. Yet the state of which Bangalore is the capital, Karnataka, has a per-head GDP of about $2,400.

A recent paper by economists Lucas Chancel and Thomas Piketty found that the proportion of national income earned by the top 1% in India is now at its highest level since the creation of the Indian income tax in 19222. The figures are a sobering rebuttal to McKinsey’s vision of the Indian middle class as a “bird of gold”. “Shining India”, Chancel and Piketty write, corresponds to the top 10% of the population – and not the middle 40%.

An entrenched bureaucracy is a powerful impediment to reform. Narendra Modi, prime minister since 2014, tried but failed in August 2015 to pass a bill to acquire land to improve infrastructure. The government since has been tempted to try to shield its industry from foreign competition. Tariffs on mobile phones will reduce imports, but, in the long term, exports as well. India needs hard currency from exports to repay external debts. These have swelled to around $500 billion, or roughly a fifth of GDP, more than 40% of which is due in less than a year, according to The Economist.

India ranked 60th among the 79 developing economies assessed in the World Economic Forum’s latest Inclusive Development Index3. Half of the world’s most polluted cities are already in India. The country is now embarking on one of the fastest and largest rural-to-urban transitions in human history. About 200 million more city dwellers are expected by 2030, all using new buildings, roads and cars. A more realistic and holistic picture of the future would take into account the rate of population growth, resource depletion, urbanization, deforestation, greenhouse emissions increase, energy usage and biodiversity loss.

Rosy emerging-market growth projections are often considered in abstraction from infrastructural and environmental contexts, and ignore the question of sustainability. A “tragedy of commons” has led to the destruction of India’s environment. According to the 2018 Environment Performance Index, India is the world’s fourth-worst country at handling environmental issues4. India’s ranking has deteriorated rapidly, from 141 out of 181 in 2016. Only the Democratic Republic of Congo, Burundi and Bangladesh now score worse.

Emerging markets guru Mark Mobius in later years came to focus on governance as a key criteria for emerging market investment. The focus is well merited in the case of India. Its states and union territories range from giant Uttar Pradesh, with more than 200 million people, to tiny island territories and former Portuguese enclaves with fewer than half a million. But unfortunately for India, some of its largest states are also its least developed. 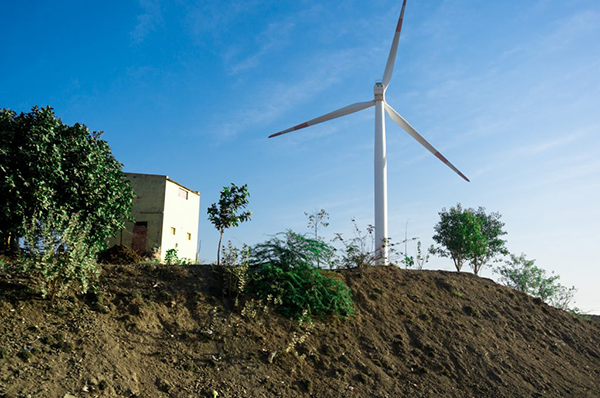 Whether India’s interests would be best served by becoming the world’s second-largest economy, and whether politicians will seek to achieve such a goal, is open to question. Sustainability and water supply are likely to be higher priorities. European nations fought for centuries before establishing the stable borders and governments that allowed the infrastructure of economic development to be built. India’s wars of the future are likely to be about access to water. The country has failed to master the basic services of sewage and water treatment which other developing nations addressed when incomes rose. About half of Delhi doesn’t have sewers. According to WaterAid, 70% of India’s surface water is contaminated. This is combining with worsening air and soil quality to produce an environmental crisis on an epic scale. Greenpeace says that in 2015, the average Indian was subjected to more air pollution than the average Chinese for the first time. The poorest areas of the country are usually also the most environmentally blighted, with eroded soils, polluted waterways, and degraded forests.

Of course there will be growth, even rapid growth, in India over coming decades. Investable growth stories are to be found among the innovative companies attempting solutions for India’s catalogue of environmental and infrastructural challenges. The OECD recommends that India increase its levels of public spending on physical and social infrastructure.

The whole world would benefit from a clean, green India and can help by bringing down the interest rates on the loans used to fund its transition to low carbon; the government aims to sell only electric cars by 2030. One certainty is that India’s success of failure in delivering rising standards of living while protecting the environment will help to determine all of our fates. Another is that companies that are able to provide, service and operate better and cleaner urban infrastructure will find enormous potential in India, and in other emerging markets.