Today, the food sector and agro-industry cannot be dissociated from major economic, social and environmental impacts. Throughout the world, these segments represent 10% of consumer spending, 40% of jobs and 30% of greenhouse gas emissions.

Higher stakes, new consumer trends, food scandals and ecological effects have pushed this field into the limelight like never before.

Population growth, urbanisation, economic development of emerging markets and changes in consumer habits are as many major forces to feed the global food challenge

World population growth is the main ingredient of this challenge’s emergency. As estimated, there should be 9.7 billion human beings by 2050, 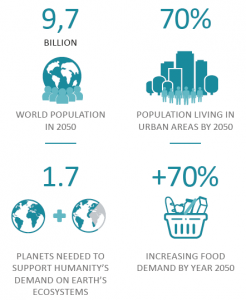 mainly city-dwellers. Inhabitants’ migration from the countryside to urban areas was first observed several decades ago in developed countries. Today, this phenomenon is underway in emerging markets. In studies of our eating habits, this trend is a key feature. In 2015, 54% of the population lived in cities. In 2050, two thirds of us will

If this current trend continues, demand for calories will grow by 70% and cultivation needs will at least double, to feed either humans or animals.

At the same time, our planet’s per capita agricultural area is dwindling. Since 1960, it has already been halved. By 2050, it is set to drop 15% more. Furthermore, productivity gains are slowing down while waste levels have never been higher. 30% of food is wasted, whether in emerging markets or developed countries.

Major investments are therefore required to face a robust growth in demand but also to make the most of new consumer trends and an inevitable optimisation of resources.

By 2020, more than half of global GNP growth is set to come from countries outside the OECD. Likewise, they will be over half of the world’s city-dwelling population. Not only will demand for food in these countries soar but it will also become more diversified, with notably more calories, proteins and ready meals.

The rise in demand for proteins is a key issue. With its annual spending on meat reaching $300 billion, China is already the world’s biggest meat-consumer, devouring pork in particular. Its proteins consumption should continue to grow by 3-4% to meet the demand from middle classes.

The whole value chain will have to adjust to this phenomenon. For example, there are promising openings in the cold chain, under the influence of both the government and consumers, both becoming more demanding in terms of food quality and safety. For China to reach the level in developed countries, its cold-chain transport and storage markets will have to grow by 20% per year over the next ten years. 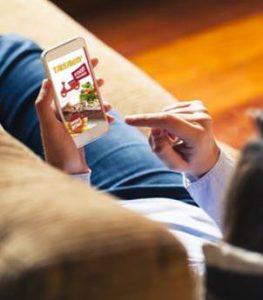 Today, the average American is eating 500 calories more than in the 1970s. Obesity has become a public health issue and people are now aspiring to eat more healthily or differently. Organic, vegetarian and vegan production is developing considerably.

The organic-produce market is growing strongly, especially in North America and Europe which represent four fifths of the sales. Interestingly, while the three leading markets are the US, Germany and France, the Chinese market is already ranking fourth.

Anthropologists and nutritionists generally agree that we currently eat too much meat. At first, veganism was a niche market and a protest movement. Yet more and more people express that they are ready to cut in their meat consumption (in France, more than 80 kg per capita per year) or to no longer eat meat at all. Thus, in the UK, 20% of youngsters aged between 16 and 24 years now claim to be vegan.

The nature of produce changes, but so do our eating habits. Urbanisation and a growing place of women in the active population are two major evolutions in our society that have changed our approach of food.

We are cooking less often. This has spurred a rise in takeaways and home deliveries, but has also pushed up the frequentation in restaurants. Today, one third of Americans’ intake of calories takes place in restaurants. In 1970, it was half as much. For the first time in history, when it comes to eating, Americans are spending more in bars and restaurants than in supermarkets.

Changes in habits are also generational. On average, millennials eat outside of their home 3.4 times per week. In contrast, the average is 2.8 times for the rest of the population. Millennials are also the leading consumers for home-delivered food via smartphone applications.

Our planet is in the red 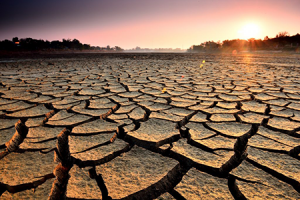 Without question, resources are under pressure. According to the NGO Global Footprint, in 2018, Wednesday August 1st represents the point at which we have consumed all the resources that our planet can reproduce within a year. Meeting our current needs therefore require 1.7 planets. In short, we are living beyond our means. Worse still, our future needs are set to be huge.

By 2030, 40% of demand for water may not be met. 20% of arable land is already in a deteriorated state. Droughts, floods, storms and heatwaves all herald a period of climatic catastrophes. Likewise, the chances of such natural phenomenon occurring increase.

In this real context, needed investments should be made to meet a strongly growing demand. Governments, companies, associations, citizens, we all have to meet this global food challenge as of today and tomorrow for the future generations.